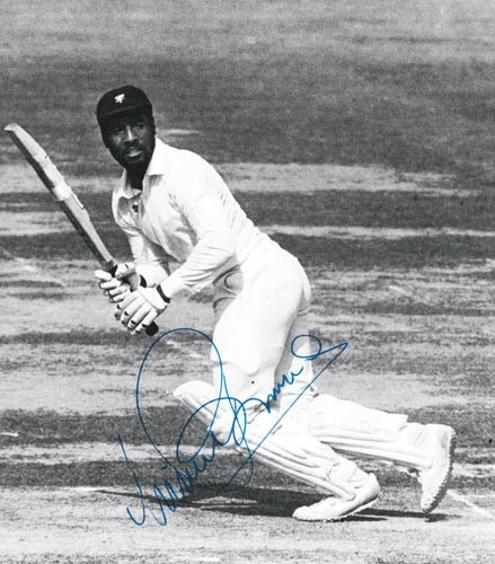 Another B&W pic on the reverse has been signed by Alvin Kallicharan. 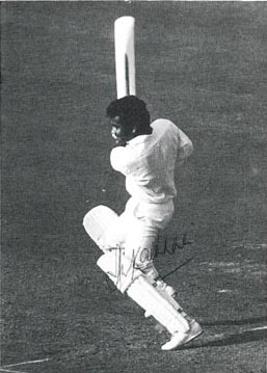 The 1993 AXA Equity & Law Sunday League season came down to a nail-biting finish with Kent & Glamorgan tied on points going into the final (televised) match in Canterbury.
Glamorgan (201-4) beat Kent (200-9) by six wickets to win the league. This match was West Indies legend Viv Richards' final one-day appearance and his last game for his adopted Welsh county. Fittingly the "Master Blaster" was at the crease (46*) when the winning runs were scored. 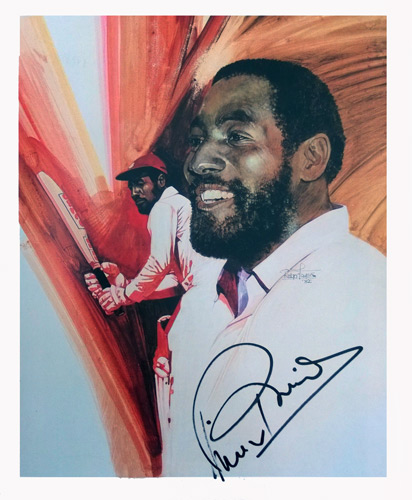 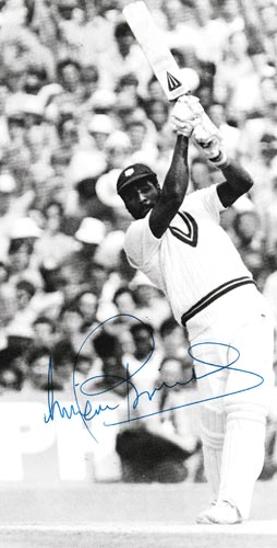 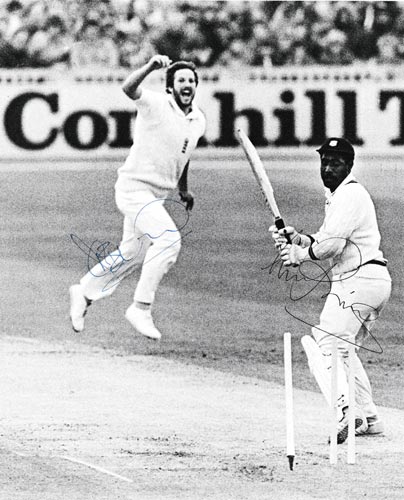 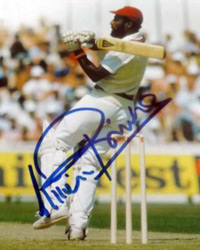 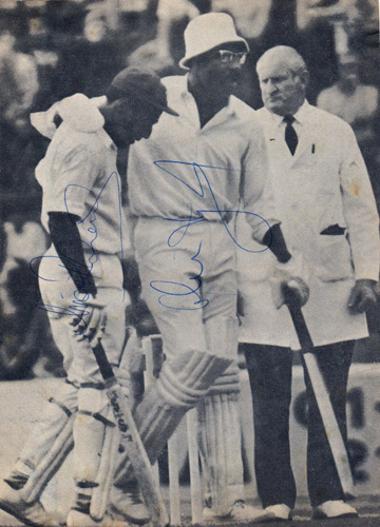