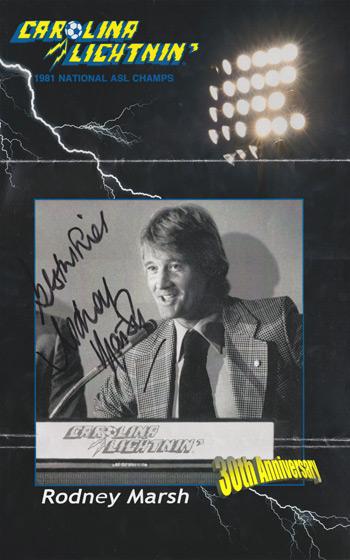 Below: Carolina Lightnin ' Game Day Programme 1981 [Not for sale]

Marsh was the Head Coach and CEO in his first season in 1981 when he led the Lightnin' to the North America Soccer League title.

It has two folds running the width of the poster but given its size it is otherwise in very good condition - with the large image of Marsh and his autograph both unaffected. 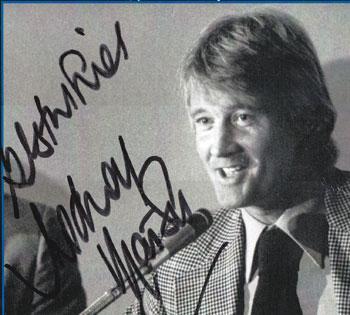 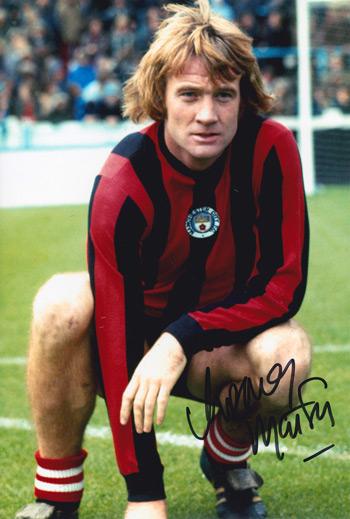