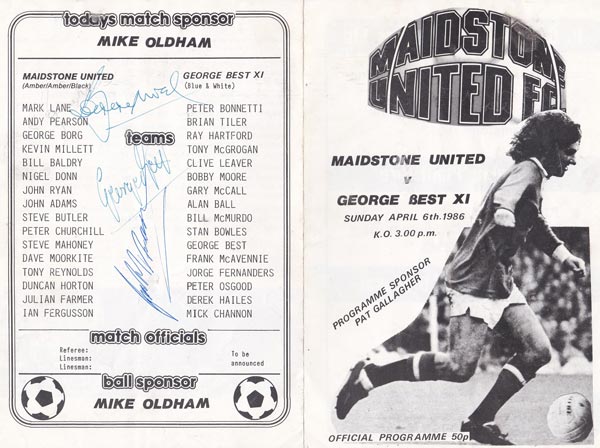 The back of the programme has been signed by Best & Moore, plus West Ham, & Celtic legend Frank McAvennie ("Scotland's answer to George Best").

Selling on behalf of a Cancer Charity.